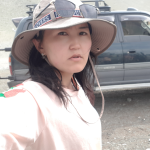 As far we are working closely with local community, ‘Grand-Altai’ travel agency will support local people from Bayan-Ulgii province to organize this festival since 2008.

We really happy to do it, because we trust,that our new project will help Altai Nomadic people to keep strongly their ancient culture and traditions for long time.

Bayan-Olgii is a unique place in Mongolia, home of the Kazakh ethnic group. The Kazakhs have a rich culture, close extended families, and many traditions that are still practiced today that are centuries old and, mostly Mongolian Kazakhs save their old culture.

Today, many Kazakhs here maintain traditional semi-nomadic herding by moving with their animals several times a year, and living in a Kazakh ger (larger and taller than a Mongolian ger) during the summer. All Kazakhs keep close ties to extended families. Tradition requires that one must not marry anyone related within 9 generations. As a result, upon meeting each other, Kazakhs always tell if and how they are related. This is not their only tradition, though.

After meeting a Kazakh, you will be impressed by the generous hospitality expressed through expansive meals with many dishes and countless cups of milk tea and sweets. Like other tribes of the steppe, Kazakhs love to sing and play music. After dinner or while travelling, one will pull out a dombra, the national instrument of the Kazakhs, and play a traditional folk songs that reminds one of the time of the great warriors of Central Asia. Living is such a sparse land; they make the most of celebrations, with music, dancing, and horse games.

The most visible expression of tradition one will notice is the world famous art work of these nomadic people of the steppe. Kazakhs are famous around the world for their intricately embroidered wall hangings (tuskies) used on ger (yurt) walls.

10:30 Parade of Eagle Hunters and all participants.

12:00-13:00 Bushkashi – Tug of war played on horseback with killed goat, common throughout

14:00-15:00 TiynTeru – Riders compete to pick up flags or flowers from the ground during the

*Extended programes will be available at Festival